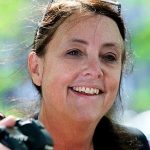 Gail Mooney began her visual career as a still photographer after attending Brooks Institute in Santa Barbara, CA. She spent over thirty years shooting around the world for magazines and corporations. Some of her clients: National Geographic, Smithsonian, Travel & Leisure and Islands Magazine. She embraced video as an additional storytelling medium and began to make short films. Some of her films: The Delta Blues Musicians, Opening Our Eyes and Like A Woman.